Fighting Fake News with REAL,5/11/19; Trump starts pulling out of the Paris Agreement; The private in the lives of the insanely rich; 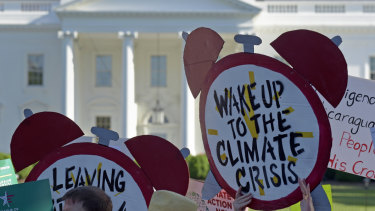 US starts process of pulling out of Paris agreement

Trump administration notifies the UN that it's begun the process of withdrawing from the Paris climate agreement.

Impact of the life of the insanely rich 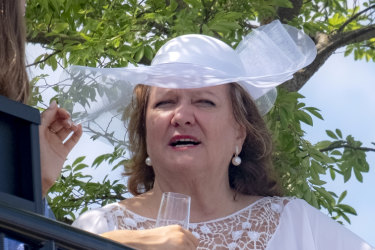 
Gina Rinehart's battle with her children over the management of a multibillion-dollar family trust is holding up almost $2 billion in mining dividend payouts to themselves. 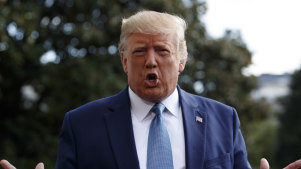 Trump must turn over eight years of his tax returns, appeals court rules

In the latest setback for Donald Trump in his tenacious efforts to keep his finances secret, the US President's long-time accounting firm must hand over eight years of his tax returns to prosecutors, a US appeals the court has ruled.

the Republican President will appeal the ruling to the US Supreme Court, whose 5-4 conservative majority includes two justices appointed by Trump.
A Republican court which he created for just this occasion (ODT)

Last night was the most insane and reckless Q&A panel yet - an insight into the Left's slide to barbarity, aided by the ABC. Four panellists explicitly backed violence for activists, whether feminists or race warriors. None dissented. Two called for the police to be scrapped. This, when climate extremists are using violence. Watch, and worry.
3h ago
8
The "barbaric left" "the most insane Q&A panel" why? I suggest Andrew Bolt's hyperbole here is for little or no other reason other than they are all women with Fran Kelly, the moderator. What would Bolt do without the ABC he'd have no work. While he froths at the mouth, yelling bias and fake at our public broadcaster and it's choice of panellists, he offers a no facts totally biased hour of his own. One hardly based on a foundation for reasoned debate.
The panel was not only women but a Moroccan Muslim, an Egyptian and Indigenous Australian and an anti-ageist which we know Bolt is.  According to, children should not be heard unless treating him with respect. Only one woman it seems was acceptable to Andrew Bolt, but he doesn't point her out as she's flawed too, a female.
As for the two police referred to they weren't police but thugs in uniform and if they represent modern-day police force and its culture, then it should be scrapped.