Fighting Fake News with REAL,19/9/19; White Women are liars and men are their Victims; Amazon is still burnining and it's never been normal; Oiling and the Gears of Politics and the Market Place;

Women lie about domestic violence to get kids in court disputes: Hanson

When Politicians know best, and their party CEO's are caught being abusive "misogynists (ODT)
The One Nation leader says ( WHITE CHRISTIAN ) women are lying about domestic violence to stop fathers getting custody of their children. Guess she doesn't mean that when Indigenous Australian and Muslim women are concerned. Has she has been watching Andrew Bolt or is this simply a massive wild generalisation brought about by her sons story?

From space, you can clearly see the human impact on 'Earth's lungs'.

As thick plumes of smoke blanketed Brazil's most populous city, global attention turned to the Amazon rainforest. But one month on, the fires are still burning.

It sparked outrage because fire is not a natural part of the Amazon’s ecosystem. Carlos Nobre, a world leader in the study of the Amazon’s degradation based at the University of Sao Paulo, said the cause was poor farming practices. “Tropical agriculture never ceases to light fires,” he said.

Anti-Warmists spread the news that Amazon fires were, in fact, a normal phenomenon and we have seen that argument put forward on Sky News. Normal as opposed to man-made events is supposed to suggest that there is nothing to see here these are simply agricultural burn-offs and worse has been seen in the past; therefore, it's normal. It's not a consequence of deforestation or climate change despite the fact the planet hasn't been cooling as these anti-global warmists tried to preach since 1998. The backed off that argument and turned to claim Science was just the same as any other religious faith. The fact is what we are seeing is the snowball effect deforestation exacerbates global warming, which increases the risk of fires which exacerbate and accelerate the rate of warming global warming. (ODT)

It’s a vicious circle as fire after fire, as well as other farming activities, damage surrounding forests making them more prone to future fires.
The cycle has alarmed some scientists who fear the rainforest is being pushed closer toward a tipping point they call the “dieback scenario”, where the forests enter an irreversible cycle of collapse.

“This year it is a correct statement that most of the fires are on previously cleared lands or are deforesting lands immediately adjacent to them,” said Professor Mark Cochrane, an expert in Amazon deforestation from the University of Maryland Center for Environmental Science.
That’s the case most years, since fires are lit by farmers and usually can only spread through disturbed forest. An exception is during severe droughts, when fires can spread through less disturbed forest, Professor Cochrane said.
But he said this year was “exceptional in recent memory” because of the proportion of the ongoing fires were being used for deforestation, rather than merely for the maintenance of previously deforested areas. 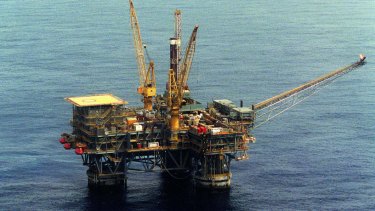 ExxonMobil puts Victorian oil and gas assets up for sale

Divestment in Action.  Murdochians and Wall St call it "normal trading" Genie Oil is illegally exploring the Occupied Syrian Golan Heights that now has "Trump Heights" stamped on it. Murdoch keeps that investment secret "Off Newsworthy" "Off Fox". Illegal investments are, however, among "those in the know" called "entrepreneurial Options" progressive and beneficial among the quiet minority world of private investors. Some people call that "insider trading". However, this is at level mega-max when even nations are pawns. Is Exxon buying Venezuelan options or Iranian because....? They aren't going GREEN and America has surrounded both with Military forces. (ODT)

The global oil giant has told its workforce it is seeking to sell its onshore plants and offshore rigs in Victoria's Bass Strait.

"ExxonMobil will be testing market interest for a number of assets worldwide, including its operated producing assets in Australia, as part of an ongoing evaluation of its assets," a company spokesman said.
"No agreements have been reached, and no buyer has been identified."