Fighting Fake News with REAL,2/12/19; The Unhappiest place in Australia; Racists pretending your the racist; 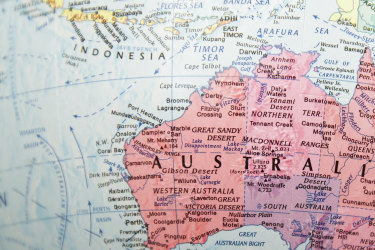 Where's the unhappiest place in the country?

RACISM ALERT: WHITE LEFTISTS TELL ABORIGINES A WHITE MAN IS ONE OF THEM

COLUMN What’s racist? Not believing a white man who says he’s Aboriginal? Or not believing Aborigines who say he isn’t? I’m confused by the Left's furious defence of "Aboriginal historian" Bruce Pascoe. Why do they think they know better than three Aboriginal leaders whether Pascoe belongs to their tribes?
45m ago
Bolt's ignorance is patently clear, and confusion stems from his ignorance. How many trees make a forest? How many prejudiced individuals does it take to be racist? How many beans make a heap?
A forest a heap and racism are all concepts describing and explaining how trees beans and people relate. Racism is established patterns of behaviour that have developed to disadvantage ensure a lesser degree of opportunity for s a group simply either due to their colour or heritage.
Given that Aborigines and first peoples have and continue to suffer racism in Australia that came with the first whites to arrive here. The patterns of and structures of how we relate to each other ensure whites are racist and Indigenous Australians aren't and evidence is to be found in every social metric.
Anger and pushback can be experienced among Indigenous a white Australians it's neither left or racist, but it a demand for equality and fairness. Bolt denial is racist it's far more than just conservative but borders on racial fascism as was in the Netherlands during WW2 when 80% of Dutch Jews never survived.
Bolt's insistence that his is the ability to define race and that of Bruce Pascoe's is indicative of the fact that he and only he knows how many trees it takes to make a forest or what colour determines a race. He is typical of an adherent of Apartheid which was South African and is now practised in Israel. Bolt simply wriggles in the denial of history and the patterns of behaviour that he regards as normal, and angers when peoples who he defines as unequal and unworthy of being called his "us" pushback. He flips and then calls himself the victim of their racism. The schoolyard bully who calls his victims the bullies the child.

PASCOE'S ABC WORSHIPPERS AND THE DEATH OF DOUBT

The Mocker on the ABC's worship of "Aboriginal" Bruce Pascoe: "Wendy Harmer referred to Pascoe as an “oracle”, and chief political writer Annabel Crabb tweeted admiringly regarding Dark Emu:  'I don’t think I’ve ever learned so much from one slim volume'... Benjamin Law said 'reading it should be a prerequisite to non-Indigenous citizenship'."

Bolt is reduced to abuse mockery and personal attack as do all bullies when they have little or nothing to say. Yet it's Bolt that demands manners when debating. The man proves himself adequate as a twit in a Monty Python sketch. Bullies throw rocks and abuse and call it wisdom.

THERE'S NO 'US' SAYS ABC, WHICH ONCE SAID IT WAS RACIST TO SAY SO

COLUMN The ABC’s new reporting rules sure kicked in when Usman Khan stabbed two people to death in London. No fewer than four ABC reports — one on TV lasting more than six minutes — refused to mention the killer was Muslim. The explanation is in the new staff guidelines the ABC has issued for reporting terrorism attacks.
3h ago
7
It was no surprise when Andrew Bolt went silent for 3 days after the Christchurch massacre. He had spent years telling his Australian "us" they needed to fight back against Muslims with the same conviction as Muslims did. He clearly said admired the conviction of the Barcelona terrorists  and wished 'we' believed as much and fought back.
Sky News was cut off by NZ for their attempts to televise the Christchurch shooter's message live. They couldn't stay on the air long enough.
There certainly was an "us" in Bolt's mind when an Australian ran amok. However, Bolt's loud silence was noticed when Jacinda Adern said the shooter's name and details would never be mentioned in NZ and ought not be mentioned anywhere else.
Bolt was between a rock and a hard place lost for words he couldn't say that the shooter had been provoked or had the conviction that he admired as he did after Barcelona. On any other day, there would have been an "us" from Bolt, but Adern and the world caged him.
Bolt spent years accusing and abusing Islam provoking its extremes and just as often praising any demonstrative action by those Christians he called "us". Calling Christians to respond has been a central strategy of his as well. Bolt threw verbal gasoline onto a fire just as Alan Jones did during the Cronulla riots of 2005.
The ABC like Jacinda Adern offers no encouragement in the promotion that Bolt claimed after Christchurch he doesn't do. He reserved that denial for when shit hit the fan. However, he's back now that Christchurch is a distant memory and Adern stance has been adopted by the ABC. He certainly is a hypocrite telling us he was with Adern one moment and is now very opposite again.
Posted by Old Dog Thoughts at 15:05