Donald Trump refuses to attend his own impeachment hearing

The White House says the President will skip this week's impeachment hearings because of a lack of "fundamental fairness" in proceedings.

In Trump's predictable fashion, he says he will, but he doesn't. Yet again he walked back on a promise and fled to the UK where he's not wanted but claims he is. The yellow baby will be prominent again. (ODT 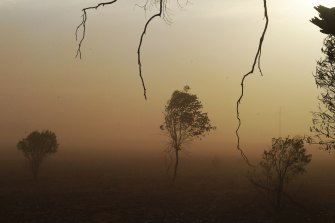 Records of all kinds are being smashed each year since 2000, yet Climate deniers insist the weather and global conditions a "normal" Why? Small increments have large consequences and deniers bank on the fact the increments are so small that they couldn't be connected to any record-breaking events. (ODT)

The UN's 2019 greenhouse gas report finds emissions have risen at a rate of 1.5 per cent per year in the past decade, the COP 25 climate summit hears.

UN report finds greenhouse gas emissions have risen at a rate of 1.5 per cent per year in the past decade

The defence of "Aboriginal historian" Bruce Pascoe by ABC journalists is an indictment of the ABC. Now  ABC PM host Linda Mottram praises as "excellent reporting" an error-ridden defence of Pascoe by Rick Morton.

Whenever Bolt's been caught out, and his back's to the wall, he becomes a creature of habit. He gets flustered and goes into a frenzy of activity throwing anything and everything at the wall. All in the hope that something of his rant will stick. Enough to convince the reading public he's right and his accusers wrong. He did the same with Adam Goodes and failed miserably in the eyes of the people showing himself up to what he is, a professional drongo.
Morton certainly wasn't in any way as rabid as Bolt when he raised the questions of Bolt's errors. Along with the fundamental question that went and still remains unanswered has Andrew Bolt read Bruce Pascoe's book? Why are there so many respected academics praising and not criticising it in the way Bolt is? It's as if his life depends on it. All this is like a tantrum being thrown by a child for distraction but by a guilty man.
Bolt says he's up close and personal with aboriginal "groups" many of them yet he really never identifies the many groups of which he's a confidant. He drags Jacinta Price out every now and then as the leading spokeswomen for the First Nation tribes which she patently isn't. Why would Bolt pretend she is and Marcia Langton not? The man id a devious mental midget.
Bolt's primary attack on Pascoe has been playing the man that difficulty in finding records of his aboriginality is the primary reason Pascoe shouldn't be believed


Deceit: Pascoe last week claimed he had "birth certificates" to prove his Aboriginality. So why were his kin last week going "to libraries around the country to find the name of their Aboriginal ancestor"?
Just how foolish is Rick Morton, and the journalists hailing him for his error-riddled defence of an error-raddled Pascoe?
Has there been any evidence found by anyone else other than Pascoe to support these claims? The answer it appears is yes then why Bolt has ignored it and focussed solely on one man? Bolt seems that the destruction of Pascoe puts to bed the findings of Aquaculture and farming practices by others. His imagination that hunting and gathering were what sustained Aboriginals for 60,000 years is what is far fetched. People that had developed sophisticated weaponry art and other items were only wanderers is more unbelievable than Bolt's account.

"Heather Builth is a consultant archaeologist whose work in the 1990s recognised the ingenuity of the Budj Bim eel traps that were used in the Lake Condah district of western Victoria.
The stones and foundations that remain today have been dated to more than 6000 years old, and are just a fraction of an enormous system that weaved its way from the ocean to inland areas of the district.
Similar fish trap structures can be found on the Barwon Darling River in western New South Wales.

The detective work behind the Budj Bim eel traps World.

The fish traps at Brewarrina are extraordinary and ancient ...

A brief history of Indigenous fishing | Australian Institute of ...

Last week ABC climate hysteric Paul Barry accused Ian Plimer of a falsehood in saying: "There are no carbon emissions. If there were, we could not see because most carbon is black." Last night Barry claimed experts agreed Plimer was wrong. But he'd played a dirty trick. Then Q&A played more. It's almost like an ABC
campaign of organised deceit

Reports from the Swiss Alps the Ice is melting at a record rate. Reports from Antarctica the ice is melting. Reports from Scandanavia the glaciers are melting, and Reports from Russia Siberia is on fire. Records have been smashed in Australia every year this century and Bolt claims Barry is a climate hysteric. Bolt is the hysteric denier it wasn't long ago he was maintaining the planet was cooling and agreeing with Tony Abbott that Climate Change and global warming was crap.

Let's face it Andrew Bolt easily connects Muslim crimes of violence aroung the planet and finds it easy to make wild generalisations about Islam but he denies researched scientific evidence about climate to be able to make far less wild generalisations which makes his position quite vacant and indicates it's dominated by a narrow group of self-interests rather than any consistent logic. The same can be applied to his stance on most of his arguments which shows a major disconnect from more studied evidence.

A minority of climate deniers a minority of Muslim crimes a minority African kids become his basis to make wild political generalisations that don't fit the majority of evidence that indicate the very opposite of what he insists is his truth. All he shows himself to be is a whacko with a Murdochian platform larger than others who don't even see him as important enough to respond to and it's true he doesn't have a particularly large following because he's not really highly respected. He's little more than a yappy and annoying dog.