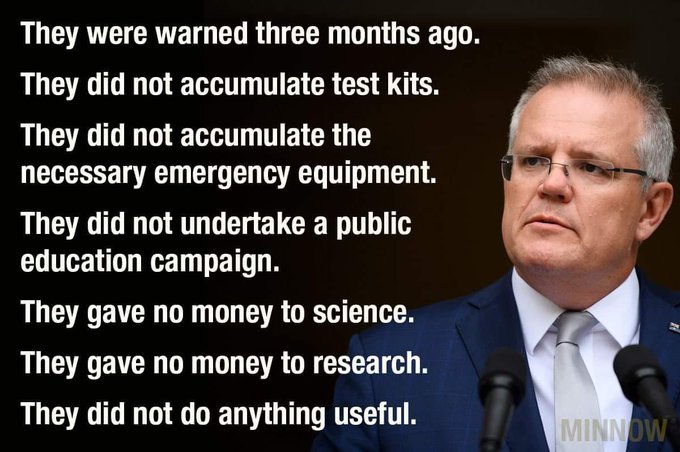 The party whose benefactors hold them to ransom must always put the needs of the rich first. This same pattern of behaviour may be seen in the responses of Tory governments everywhere.
This all adds up to the inescapable conclusion that conservatives will do the right thing but only when a more profitable choice fails to materialise. It is about pushing survival of the fittest, one hand-wash at a time.
The grossly inadequate and slow response from Australia has been primarily only about washing hands. It has not been about stringent quarantine procedures, the production of testing kits, investing in cures or vaccines.
Today they are telling us to wash our hands while they wash their hands of the great unwashed.
Coalition, conservatives and the great unwashed PR campaign 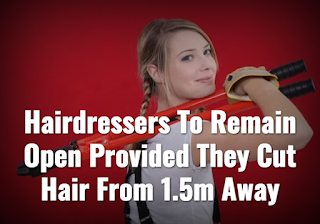 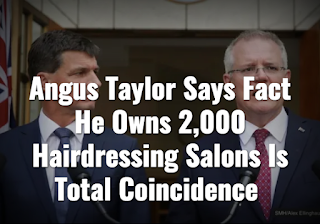 Beijing is seeking to rewrite history by silencing its critics while positioning itself as the lead aid donor
How The Age has changed since been taken over by CH9. This piece is from the London published Telegraph. The Conservative voice in the UK which sits shoulder to shoulder as anti- Climate Science supporters along with Murdoch. This article seems to be provided to the Telegraph from the White House. It suggests 89 nations of the world which China is helping with doctors and medical equipment to fight the Coronavirus should REFUSE because China-aid is being provided with mal-intent. If the Telegraph, an English speaking "news" paper, is suggesting "death" might be a better option than medical assistance from China, then it's either been written by a paranoid schizophrenic. As it has no faith in the politics of the 89 recipient nations at all or it is pushing its own ultra and extreme political agenda.
Let it be noted America has offered no aid to any nation and is intent on withdrawing support domestically from its own citizens by Easter. The US concept of aid is commando forces in 144 countries and where there is no military presence sanctions heavily enforced. And the Telegraph claims China is bad. China, Russia, Nth Korea, even don't have that as their "global assistance" paradigm.   How low has The Age fallen publishing a Murdoch/Trump/ White House utterly racist opinion piece? (ODT)

Reader Puzzled has a question: "Compare [ABC presenter] Fran Kelly's interview with Chris Bowen today with her interview with Greg Hunt yesterday. Anyone want to count/compare the number of interruptions? What about the difference in attitude/aggression from Kelly?" The answer nearest to the pin wins. Audio links here.
3h ago
Bolt needs the ABC or he wouldn't have a job. If there were no ABC he'd have to create one. The ABC, on the other hand, might well say who is Andrew Bolt for the number of times they refer to him. (ODT)
1

IS RISK OF CATCHING CORONAVIRUS WORSE THAN RISK OF GOING BROKE?

COLUMN Now is not the time. Now is when we stay home to save lives. But Australians will soon ask: is the risk of catching the virus worse than the risk of going broke? We already risk death when we drive to work or go on a building site, operate heavy machinery, serve in the police force or fire brigade, run a farm or work under high stress.
1h ago
1

Bolt is doing a Trump, and they are both back simply reframing the protectionist and elitist argument that they always ran on climate change. What's the cost of the cure? They don't mention and when they do water down the cost of not tackling this global pandemic. On the SS Earth, they are prepared to set up a death panel and sacrifice those they see as marginals to the ideal of their free-market as usual business world which we now see for what it is not free and not able to cope.

There is no risk of going broke if the government were to nationalise all essential businesses such as banks and waive all debt. Isn't that what NZ is partially doing when it says it will pick up wages of those businesses affected by the impact of the virus? It's nationalising and shortening those Center Link queues. What's strange is Bolt doesn't seem to know what he's doing because here he is below promoting Terry McCrann who has come up with a very Socialist idea for not going broke and ensuring social distancing can be practised at the same time.(ODT)

TERRY MCCRANN: SAVE OUR BUSINESSES THE NEW ZEALAND WAY

Terry McCrann: "New Zealand has just shown exactly what Scott Morrison... should have done on Sunday... NZ will now pay all businesses and all employers — no matter how small and no matter how big — a cash subsidy for every single one of their workers they keep on staff if they have been hit by the virus and the policy decisions taken to fight it."
29m ago
Waiving debt and stopping payday lending and credit card interest at 22% when the banks only provide 0.5%-1% or even zero% on savings. Australians are carrying the most personal debt in the world wave that allows them to borrow at a responsible lending rate and watch the economy kick start. Nationalising the banks would be the first step don't bail them out as they were during the GFC (ODT

NO PANIC! HERE'S HOPE INSTEAD FOR A CORONAVIRUS VACCINE

There's too much panic being spread by reckless journalists, not least on the ABC. And by Labor, too. Things are grim, but please don't despair. Watch my interview with the inspiring Professor Douglas Hilton, head of Victoria's  Walter and Eliza Hall Institute, which is about to trial a potential vaccine for coronavirus with 2200 health workers.
38m ago
4
Bolt's got a job and isn't social distancing in the Center Link Line which he sits back and says "don't panic" look on the bright side of life a vaccine will be available one day in the meantime try the Trump cure "he has a good feeling" and trying to buy shares in it.(ODT)

Greta Thunberg, the goddess of global warming, is back in the headlines, saying she's sure she's got coronavirus, although the symptoms are very mild and she hasn't got a test. Rowan Dean wonders if the real thing making her ill is a lack of relevance now that the world has got a real crisis to worry about.
This is how Trumpsters think and what they regard as humour. Two jocks punching down!!(ODT)