Fighting Fake News with REAL 18/5/20; Let's not forget the Economic record the Pandemic isn't an excuse; Climate Change is even a greater threat; Doing "really well" leading the world is Dr Death Trump

by Alan Austin | May 17, 2020
The coalition won the 2013 federal election beating their chest about Labor’s “debt and deficit”. Thanks to COVID-19, we’re unlikely to see a surplus in our lifetime or our children’s. But, let’s not forget that the current debt blow-out occurred well before the coronavirus impacted the economy. Alan Austin checks how Australia shapes up against other OECD countries.

Former chief scientists and senior public servants are no longer staying silent about what they believe has been a colossal failure by politicians of all stripes to comprehensively tackle climate change. 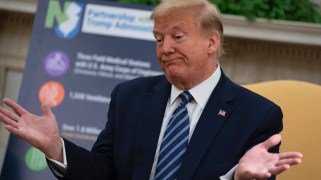 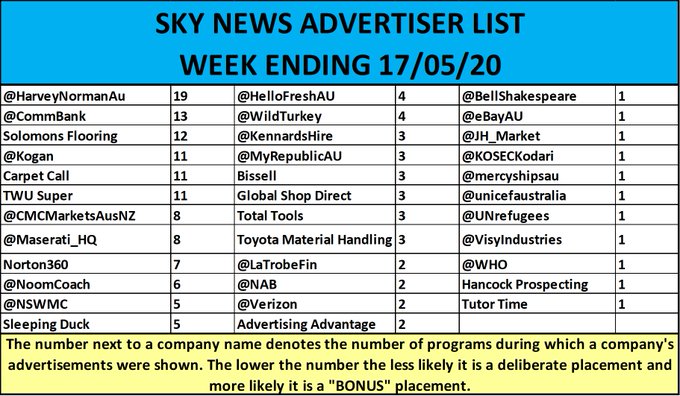 WE'RE STILL NOT COMMUNIST ENOUGH FOR THE GREENS

COLUMN Australia has never been more communist. More than 7 million Australians are now on the dole, pension or other benefit. Another 2 million work for government, and 6 million now get the new JobKeeper subsidy of $1500 a fortnight. But for Hanson-Young and her fellow Greens, too much is barely enough. Check out their Green Soviet plans.
30m ago
Socialist maybe Communist definitely not! Bolt the ignoramus is back from his weekend work to rule leisure break pretending to be productively working but really while on a leisure break from the leisure break in what he generously calls our New Communist Nation. If he is an example of rational and productive labour and the work done for billionaire Rupert Murdoch why has News Corp been losing money Bolt's whole career? Bolt is and has always been a charity case. He's not doing anything productive for either Murdoch let alone the country and spends most of his time in hiding. He's not exactly a corporate or state hero is he?
In fact, it's us the taxpayers that have been providing for his welfare by electing an LNP government that lets real industries suffer and go to the wall while subsidising fake ones like Murdoch's directly and indirectly in two ways. 1) slashing the budget of the people's broadcaster the ABC by almost $1 Billion and the ATO corporate investigators allowing corporations to not pay tax 2) by supporting the private propagandists directly by way of tax cuts direct and indirect financial support and by doing puff pieces for them in the guise of interviews and press releases.


CHINA ISN'T PICKING ON AUSTRALIA. IT'S BULLYING THE WORLD

COLUMN  It takes a special kind of fool to blame Australia for being bashed by China, as if it’s all our own fault that this menacing dictatorship is angry.Can’t these know-nothings - like Victoria's Treasurer - see how many other countries also have China shaking a fist in their face? Check out the long list of countries China warned last week to behave.
38m ago
How is it Bolt never happens to show the list of over 89 countries that China has helped by way of PPEs and other equipment to fight the pandemic? What has Australia done? Twiggy Forrest did for this government what it was unable to do for us. He procured 10 mill testing kits from that country by asking! Bolt has been promoting a cold war with China for the past 7 years. Strange isn't it that the LNP government has warehoused those goods it couldn't get to tamp down any further publicity. Have they paid Forrest for his efforts?
On the other hand, Murdoch's relationship soured wit the Peoples Republic when he was seen as unfit to hold a licence in China just as he was in the UK. His reputation here is also said to be the same. He's compromised Australia's relationship with the support of the LNP and IPA who have have been supporting him ever since. Julie Bishop our previous foreign minister hasn't been shy telling us.  When actions speak louder than bullshit it's China  that's been setting the example in doing and Australia the bullshit showing what an American marionette we really have become in the eyes of the world. Even Cuba is doing more for the world and it's been crushed by American sanctions for over 70 years.
China and India will be the world's future powers China is far in advance of India in the social engineering that will be necessary and that Australia simply hasn't the capacity or system in place. The US and Australia itself is guaranteeing they will be will be left behind.

Not one South Australian has been sick with the coronavirus since Friday. Yet the state with the highest unemployment keeps restrictions that cripple the hospitality industry. Meanwhile in Florida and Georgia: "More than two weeks have passed since these states began cautiously easing their lockdowns, and their... caseloads continue to decline."
26m ago
Bolt is a non-user of the hospitality industry. He's not a spender in Australia and he doesn't even convincingly identify as an Australian is telling us how we should behave? No he's paraphrasing Fox News
Florida and Georgia have ignored the advice of America's medical experts for political gain; The Liberate demonstrations in America have petered out as soon a Koch Industries and Citizens United stopped funding them.
Bolt fails to mention that Florida has officially stopped announcing the Covid-19 count or news of what was happening with Coronavirus in the state. How is it that the US is now approaching 100k deaths that's still almost 30% of the worlds total and so are the 1.3 mill cases. That the CDC and Fauci have both said they believe the numbers are underquoted and the truth has been obscured by the politics.  Selective and irresponsible pronouncements like Bolt's simply encourage unwanted reckless behaviour and even more death. But then that's not unusual for Bolt.

CORONAVIRUS PANIC: NO PATIENTS FOR NEW HOSPITALS WE BUILT

Politicians believed in dud models claiming the coronavirus would kill between 50,000 and 150,000 Australians. Result: they built a $23 million hospitals in the ACT, which has not one sick person. And Geelong's new virus hospital also remains empty. We need less backslapping about how we were saved and more analysis of what the danger really was.
1h ago
Bolt also used to rail about water desalination plants being unnecessary expense at the time of droughts that would never happen. Who need hospitals in the case of a pandemic that history shows 2nd and 3rd waves are most likely.  It's Bolt's parroting of economic rationalists that ensured the country was and has been underprepared and underequipped for the bushfires we have just had. The droughts and floods. Under preparation is the logic that drives private enterprise to push wages down leave workers endangered reduce public health and promote a user pays system of everything. which leaves the majority of citizens or the nation without any services whatsoever. Demand and Supply are a disaster waiting to happen without an accompanying social re-engineering that education and experience ought to be able to supply for everyone.
Posted by Old Dog Thoughts at 18:05