Fighting Fake News with REAL, 20/5/20; One man's threat to the planet; Corporate Welfare; Cleaner coal vs the carbon tax no committment no balls; 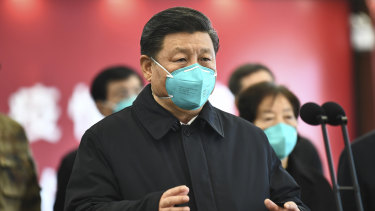 The historic motion was adopted at the World Health Assembly with no objections after China joined at the last minute as a co-sponsor.

On the eve of the virtual debate, US President Donald Trump threatened to withdraw World Health Organisation funding permanently after suspending US contributions in April over the WHO's handling of the coronavirus.
Mr Trump accused the World Health Organisation of an "alarming lack of independence" from China after alleging it ignored credible reports of the virus spreading in December 2019, made misleading claims about human-to-human transmission and repeatedly praised China for its transparency. 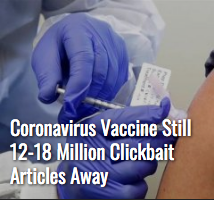 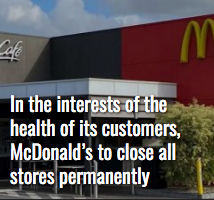 The Virgin Brides: fate of airline on a knife-edge as bids lob and cash runs dry

by Michael West | May 19, 2020
The government has tossed $130 billion at business, the corporate largesse is dripping all over the big end of town. Even highly profitable $8 billion property developers such as Mirvac are rolling in the free money, yet when it comes to Virgin Australia they are being all punctilious about “letting the market sort it out”. Michael West reports on the future of Virgin.

Agreeing in principle to the findings of a review of its $2 billion Climate Solutions Fund, the Coalition says its two agencies should support key technologies.

Bit of a joke not committed to decarbonizing at all even what was once "clean coal" is now only "cleaner". They were previously sprung when it turned out the best technologies were only producing coal less than 10% cleaner. The LNP is far from committed to increasing jobs and real clean energy by transitioning away from fossil fuels. The support for these "technologies" is simply a delaying tactic they themselves know won't work and is a compromise in the face of massive divestment from fossil fuels. Strange their traditional user-pay demands aren't being applied here with their avoidance of a carbon tax a much clearer and simpler solution.

ABC SNOWS US ON GLOBAL WARMING

When we had drought, the ABC blamed climate change: "Australia's drought crisis... How climate change is affecting what we grow and eat." Now that we have bumper snow, the ABC says it's just weather: "Snow season forecast to be a bumper after drought factors turn... El Niño is the biggest driver of drought for eastern Australia."
3m ago
The ABC is REPORTING while Andrew Bolt is PREACHING two significantly different agendas. Bolt's, is in fact, doing all the "blaming" and it's of the ABC and journalism and not Global Warming at all. When global science has stated that the planet will experience increasing extremes of weather and it has and is continuing to do so Andrew Bolt is back to spinning like a whirling Dervish pointing to all the backyard media statements that don't report on the local weather and local events that literally have nothing to do with global science in order not to prove the science wrong but to confuse the issue. It's snow dump at the moment You see Bolt's science isn't a matter of probabilities has to be exact and have had to predict that snow dump. Science hasn't proved smoking causes cancer or carbon emissions are even directly connected to the warming of the planet. Science hasn't shown that Covid-19 is a pandemic more dangerous than the common cold. Bolt is neither a sceptic or a critical journalist he's simply a contrarian working for a corporation that hasn't any National Interest other than to profit and it's shareholders and it never made a cent or paid taxes in Australia. Far from even dreaming of profit here, it's been minimizing its losses here not for any monetary gain but power.

However, we have seen record-breaking warming of the planet along with the record-breaking CO2 emissions but Bolt demands for the impossible exactness of science nothing less so any reporting of experts needs to be held to account. Even if we have seen an increase in EXTREME weather floods and hurricanes droughts and fires the science isn't exact and is therefore wrong. Even if we have seen Insurance company and Government policies change declaring areas no longer insurable and watched Morrison make us all pay for the rising costs to temper the political fall out if he didn't according to Bolt he's wrong too because it's an admission that humans have affected climate.  ABC is the wrongest dude in town wronger than Leroy Brown. Simply because it's prevented, News Corp, to control the IPA's political narrative the financial interests of it's members.
The ABC's efforts at journalistic integrity and trying to make sense of what all the experts are saying rather than preaching an agenda has it running rings around Bolt and showing up Murdoch media for what it is a persuader in plain sight. Bolt's a lazy writer who we see following the American Fox media line and currently backing away from supporting Trump's farcical approaches to Covid-19 because the world is united. Bolt's lazy journalism has him dancing with the Fox and what would he do without the ABC? Lost simply printing the global Murdoch message.
The LNP today backed off any Direct Action on decarbonizing Australia by not introducing the easiest method a carbon tax or user-pays system of penalties for CO2 emissions. Rather they are going to fund "New Technologies" like "Clean Coal" which has now been flipped from the impossible to "Cleaner Coal". However, unfortunately, there really is no such thing unless it were a diamond. However, they are going to go on the hunt for Puff that magic dragon along with Carbon Capture programs. Yes, they are encouraging the huckster line-up for money and anyone who can promise they can build the most convincing perpetual motion machine or turn lead into gold.  We know now they have no interest in funding the cleanest energy programs using the free-est of resources of wind, sun and sea or really creating any new jobs or industries which we now know work. They'd rather chase things that might attract not even votes as much as attracting and retaining their donors who when they say "jump" the response is "how high"?

China bans our barley. Let's now ban its solar panels. Reverse this decision not to punish China: "[The] Anti-Dumping Commission... found that PV modules or panels exported from China ...  were sold in Australia at dumped prices... [but] injury to Australian industry from these actions was negligible." Banning panels has other benefits, of course,
31m ago
The Chinese solar panel industries would be crippled Ouch!! Is it any wonder Bolt rarely comments on economics. Is Bolt promising any evidence?


CAVUTO HYSTERICS OVER TRUMP DRUG. HAS HE SEEN AUSTRALIA'S TRIAL?

Fox's Neil Cavuto goes all CNN on Trump taking a drug to prevent COVID-19: "Cavuto challenged Trump’s new declaration that he has been taking hydroxychloroquine... 'This will kill you.'" Someone tell Cavuto about this Australian trial on 2250 medical professionals: "Evidence is emerging that the drug hydroxychloroquine...  could prevent COVID-19."
1h ago
Evidence isn't just emerging Trump has discovered it already along with shares he has in companies that produce it some not even American. Yet the FDA in America strongly warns against using this "not fit for purpose drug". However, Bolt's encouraging us to use it which sounds criminally irresponsible. Peter Foster was jailed for far less selling tea as a diet product. Where and what is the Australian Press Council doing in turning a blind eye to this criminal idiocy.
REAL NEWS -- Not BOLT News