Here’s a story you won’t see in News Corp: Murdoch suppresses debate at own AGM

Rupert Murdoch continued his long and shameless record of suppressing shareholder participation and debate at this morning’s News Corp AGM.

If News Corp journalists were ever told they were limited to just two questions in any public setting or faced such determined scrutiny-avoiding tactics by politicians, they would be outraged. Sadly, they turn a blind eye when the boss does it year after year — probably because any Murdoch journalist who publicly pointed out this hypocrisy would be instantly sacked.

At 89, Rupert Murdoch is an unaccountable dictator who retains control through an undemocratic gerrymander and doesn’t really believe in free speech — certainly not when it comes to scrutiny of his own actions.

Maybe it really is time to bring on that Rudd royal commission.

From the recesses of the internet to the front page of The Australian: a bomb-thrower’s journey

Inspired by Sky. Cooked in a dark room. Delivered by the Oz. This is how a News Corp exclusive is made

Yesterday Sharri Markson published an exclusive “investigation” which claimed there was “foreign interference” in the royal commission petition, with over 1000 fake names on the petition “paid for and generated” overseas. The information had come from a “whistleblower”, and there would be an “official investigation”.

Coming from News Corp, the story was extraordinarily self-serving — not to mention a demonstration of the very media power which had made the petition so popular with the public in the first place.

Is it any wonder Andrew Bolt who has no facts or evidence jumped in to say "I remember" who Kevin Rudd is. Yes Bolt is a team player part of the cheer squad sitting in the bleachers. Never really a central figure just a sebaceous cyst that occasionally pops having fed too much on the body of News Corp. 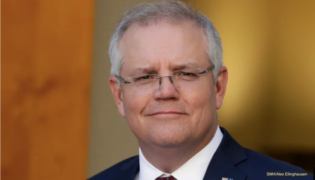 Scott Morrison Praises SA Government, Saying They Made Right Decision To Be Liberal 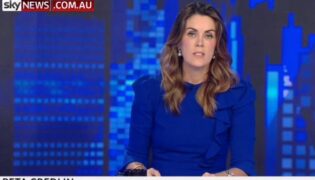 "As premier of Victoria, Daniel Andrews must take responsibility"