Have we finally found it? The single greatest self-own by News Corp in its long history of baiting left-liberal news? On Saturday the Guardian published an obituary of Archie Roach, in which the writer made reference to the “so-called ‘stolen generations'”. As the Guardian made clear when it removed the “so-called” the next day, the error was made in trying to introduce global readers to the concept of “stolen generations”. Not good enough for Sophie Elsworth, the culture war hack labelled “media reporter” who then ran a major story about what a disgrace this was.

This will be news to News Corp’s readers, since their No. 1 boy, Andrew Bolt, has used his column and Sky News TV show for 20 years to deny that the Stolen Generations even existed — claiming, utterly incorrectly, that no child was removed for anything other than “welfare” reasons.

Wait, it gets better. 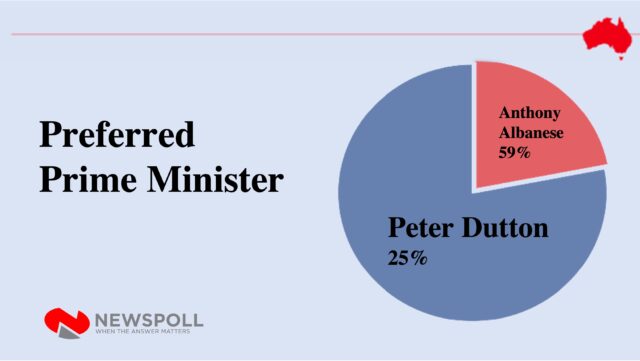 "Albanese is in a bit of early trouble, as we expected"

Positive start for Dutton, graph in The Australian shows

The state Opposition Leader’s chief of staff asked the Liberal donor to make more than $100,000 in payments to his private marketing business, in addition to his taxpayer-funded salary.

State Opposition Leader Matthew Guy will be referred to authorities after The Age revealed his chief of staff requested a donor make more than $100,000 in payments to his private marketing business, in addition to his taxpayer-funded salary.

The name of the donor was redacted in the leaked documents. The Age is aware of the identity of the donor – who chose not to sign the contract – but has not named him for privacy reasons.

3) Matthew Guy talks in riddles is remembered for the Ventor land deal and lunching with the mobster. He's Matthew Guy who has never changed and no explanation has been offered as to who came up with this attempted arrangement in the first place.

Labor to refer Guy to authorities, chief of staff resigns after emails