My thought for the day

Nothing matters more in life as to live it decently. And you don’t need any form of religious belief or political allegiance to do so. Be as humane as you can possibly be.( John Lord )

The first Question Time of the 47th Parliament this time last week was revealing for several reasons. Firstly, it demonstrated the enormous gap in experience between the Prime Minister and the Opposition Leader. Secondly, it showed the considerable gulf in intellect between the two. 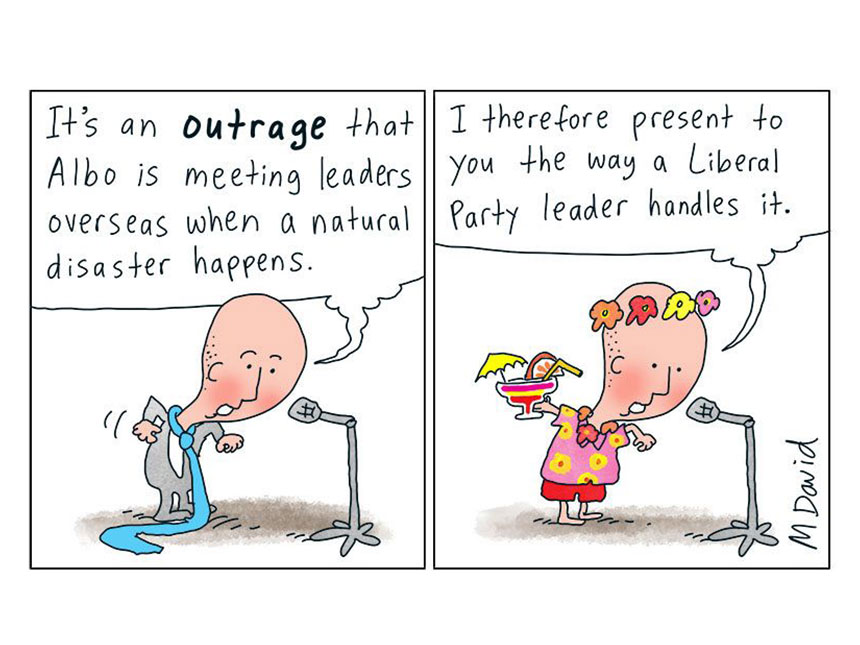 Even more horrifying for the monolithic Dutton, the poll saw Prime Minister Anthony Albanese record the highest ever Newspoll satisfaction rating for an incoming prime minister, with 61% approving, surpassing even that recorded by Bob Hawke and Kevin Rudd when they became PM.

Albanese also trounced Dutton 59 to 25 for preferred PM. On the question of who would make the better prime minister, 56% of the Australian voting public polled preferred Albanese, with only 25% favouring Dutton. This was the best-preferred rating for any prime minister since the honeymoon days of Kevin Rudd, way back in 2008.

The first Newspoll taken since the 21 May Federal Election has revealed that Opposition Leader Peter Dutton is not very well-liked. In Fleet Street they used to call it the Reverse Ferret, to say one thing one day then take entirely the opposite editorial stance the next. And so it is with Nine, News Corp and Anthony Albanese. Michael West on media, government and neo-liberalism.

Source: Capital v labour: where is the poll on neo-liberalism? – Michael West