Where can Australians find trustworthy news and opinion?

by Alan Austin -- 27 Nov 2019 -- Business, Featured
If it is true as some assert that federal Labor cannot win elections in Australia because the mainstream media continually misrepresent its record, then what is the solution? One strategy is to replace those outlets with media which deliver trustworthy news. Alan Austin reports. 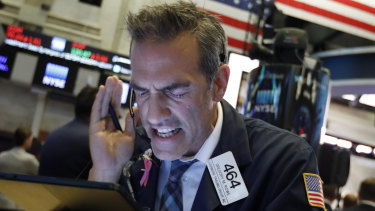 Wall St continues to react to the Trump twitter bunjee where market manipulation and insider trading is regarded as a crime like a Ponzi scheme. Trump gave the rich billions in cash through tax cuts. Shred interest rates making cash effectively worthless with nowhere to go. The stock market becomes the only place where liquidity is fast but like a casino full of risk. Everyone remembers the GFC and property a dead weight. It shouldn't be any surprise then that the market is on the rise. But the money isn't going into investment.

Then start a trading war with China and make the dumbest bullshit pitch in the world and say "tariffs are good" they make things cheaper. So having unbalanced the market Having created mfg and agricultural recessions forced savings out of the banks and into the stock market keep telling those with money you've almost won the Trade War you started and keep the roulette wheel spinning.  Meanwhile, the only people playing roulette aren't Americans unless you think the 1% is America.

In the meantime the fundamental economic indicators started after 2008 by Obama after the GFC when 100% of America paid to save the 1% gained traction has been on a steady rise and have been increasing at the same rate as they were before TRUMP whose look at me ballyhoo hasn't in fact effected anything exceptional but the sideshow and shares in Fox Corp.

Kevin Rudd thinks 25 million Australians can't beat 1.4 billion Chinese, but 50 million could: "Rudd says the nation must double its population to ensure it can independently defend itself against Chinese threats, [if] Australia can no longer rely on help from the US." One huge problem: many of these new immigrants would come from, er, China.
1h ago

Doubts on two "spy" stories: "A Melbourne luxury car dealer whose mysterious death is at the centre of an alleged international spy scandal died of an accidental overdose of prescription drugs." The other: "Language experts questioned the bona fides of self-proclaimed Chinese spy turned defector Wang Liqiang." But Taiwan detains his alleged boss.
1h ago
When the ABC posed the question that Hastie and Patterson might have had a disguised political agenda for their anti- China mongering Andrew Bolt went apeshit how dare their patriotic integrity be questioned? Today he's walking back on yesterday's bellowing"how dare the ABC question them?".  What Virginia Trioli and the ABC were actually doing all along were acting like responsible journalists. Unlike Bolt and his son James, why? Well, one Chinaman died and what seemed like a James Bond script turned out to be an "accidental" overdose of prescription medicine. The so-called defector's bonafide is now in question as well. So Andrew Bolt is searching for wriggle room having cast his seeds of losers bullshit publically again with Hastie.
In the last few years, particularly now we need to ask who stands to benefit from the anti-China mongering, that's currently in the air? Post Abbott, we saw rising Islamophobia. Hatred and fear go through the roof.  Abbott, the Pillock of the Pacific, was giving away the Pacific to our biggest trading partner, the Chinese, without the slightest care. He was fixated on Europe. When Christchurch occurred the LNP's taste for  Islamophobic hatred died because the White Right-wing Nationalists our self -declared Patriots enabled by the likes of News Corp and Sky News stood out in naked relief as the true and real people to fear.
However, the Victorian election changed that and Murdoch and the LNP turned on the Africans not mentioning they were Christians, educated and real, legal Asylum seekers. Bolt continued to make a public spectacle of himself playing chicken little yelling "who let them in". However, the ploy didn't work. The LNP was trashed for a lot more reasons other than their Racist chant.
Morrison has lived with this style of divisive politics when inspired by the 2005 Cronulla riots. However, a new target was needed for his current LNP short term political purpose. Since being elected, he's been embarrassed by the economy, extreme weather. Newstart and everything else what better attention grabber than another threat on our front pages Sinophobia.
The Chinese are, after all, visible and everywhere. They have kept the global tourist industry booming for over a decade along with education they are literally everywhere, not just Australia. All of which is a sign of China liberating its population. While Australia's LNP has in fact been doing the reverse. It's not a good look and doesn't bode well on the front pages of our News does it? LNP ministers have gone into hiding because ASIO and the AFP have made the headline raids and the press has been advertising against them. So how better to deflect attention away than by turning on the Chinese whose pigtails we've been cutting off since the gold rush. "Two Wongs don't make a White" and the LNP/IPA/MSM are back selling their Euro/American view again.
Posted by Old Dog Thoughts at 16:28