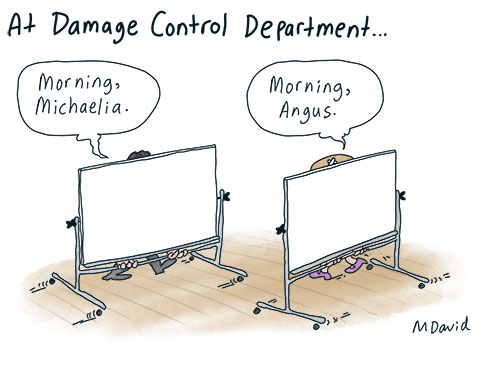 If Minister for Energy and Emissions Reduction Angus Taylor were a Labor government minister, would we even be having a conversation about whether – given he is the subject of a criminal investigation – it is right for him to stand down? 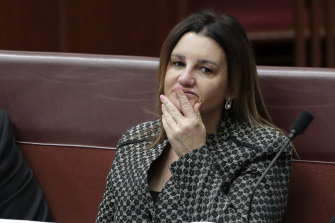 Ahead of the game? (ODT)
Jacqui Lambie has asked the government to revive the option of sending asylum seekers to NZ as it courts her critical vote in attempts to scrap 'medevac' laws. 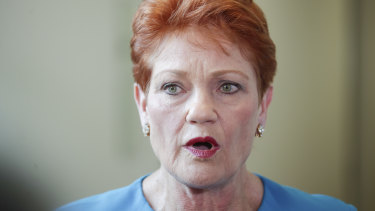 Labor senator Tony Sheldon, former secretary of the Transport Workers' Unions, welcomed crossbench efforts to "take the sharper edges off" the bill, but said it would still have "the same chilling result" of stopping unions from advocating on workers' behalf.
"If the demerit scheme is so good, why is it not being applied to bank executives in the aftermath of the banking Royal Commission?" he said.

Andrew Bolt claims to be the spokesperson for Australian values, yet he a sounding board for American ones instead evidence on just how much he wants to impress his boss Rupert Murdoch. Justice is an empirical process adhered to by Britain and Australia. Americans put on the other hand hold "free speech" as "faith", more a religious principle than Justice. "Free Speech" is the faith not to be tested Justice holds second place. Well, Bolt's value was tested in Australia and he was found guilty of racial vilification. He would have been found guilty in the UK but possibly innocent in America, and he so wishes we were American.
He does the same with a criticism of the lengthy procedures that tested George Pell's guilt empirically. Bolt simply throws the baby out with the bathwater. Justice as a process of testing evidence is ditched with a right to say whatever he wants. To proclaim what he wants over and above Australia's value of empirically testing what we all except is a method to arrive at Justice. Bolt doesn't offer more than  "faith" "and a top-down "religious" like judgement. It's as if he has the right to a "contempt of court" an illegal act here yet ignored in the US. He works for an American mega-corporation. The man isn't Australian and in no way represents us. (ODT)

RUDD WANTS US TO DOUBLE. IT'S A NOTHING PLAN

Trust Kevin Rudd to have a plan to defend Australia that – like many of his schemes as Prime Minister – could backfire. We must double our population to defend ourselves from China, Rudd declared on Tuesday. But from where will we get those extra 25 million Australians to defend us from China? From, er, China?
19m ago

One need only ask why Andrew Bolt the proud Australian has publically stated his retirement dream is to leave Australia and live on a barge in the Socialist  Netherlands? A country with a political and social system diametrically the opposite of what he preaches the ideal to be.
China-bashing Lebanese bashing Muslim Bashing and African bashing by Bolt has really uplifted Australia's reputation as a welcoming nation he truly does sound like a son of Aalsmeer Dutch who claims to fame during WW2 was hunting down Jews, Gypsies and Gays. The Dutch killed more Dutch Jews 80% than even the Germans did.
If as Bolt says China is as bad as he says it is 25 million Chinese would be the perfect citizens to defend us from China after all we allowed Dutch Germans and Italians to come to Australia post-WW2 and look what we got Andrew Bolt

DEAR SATURDAY PAPER: MY REPLY TO YOUR RUDE PASCOE QUESTIONS

The Saturday Paper sent me a rude and hostile set of questions about my challenging of  "Aboriginal historian" Bruce Pascoe. I have sent it this response, with questions of my own. It includes fascinating extracts from Charles Sturt's account that Pascoe didn't include, and which challenge Pascoe's claim that Aborigines were "prosperous" farmers.
24m ago

COLUMN What inspired writer Bruce Pascoe to call himself Aboriginal? Was it the Canberra Times reviewer in 1988 who said his novel Fox  would have been better if Pascoe wasn’t white? “Pascoe is, after all, imagining the psyche of an Aboriginal person... [but] writes   as a white man..."  It was around then that Pascoe identified as Aboriginal.

There is nothing to indicate a debate here only Andrew Bolt style abuse
"Aborigines" one brush a single generalisation with which to tar a diverse number of tribes and cultures but then that's what the parents of this Australian did in the Netherlands to the Jews Frum non-Frum Orthodox, Liberal even those Christians with a trace of Jewish ancestry. No matter what if you were defined as a Jew, you were a Jew.
Andrew Bolt praises himself more often than not of being a "friend of the Jews" yet was found guilty of "racial vilification"  here he is behaving in the same way as he did back then and as his ancestors did in Aalsmeer.
In the meantime, Australian archeologists are finding evidence that Indigenous Australians weren't just defined by a single culture as Andrew Bolt has. But they did in some areas show signs that they weren't just hunters and gatherers that they did maintain and practice more permanent forms of agricultural technologies.
Posted by Old Dog Thoughts at 14:48