Fighting Fake News with REAL;7/11/19; The pullout that wasn't and the mercenaries for oil that are; The hidden bases that Australia doesn't know about; 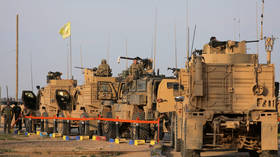 If the US government isn't in the oil business who are they protecting the oil for? in, Iraq, it was Exxon. The US citizens are paying to protect the pirated assets for the shareholders of some multinational conglomerate like Exxon. Large donors to GOP nad legitimate in the eyes of US laws due to Citizens United. Politicians are lobbied, bribed largely owned by these mega-corporations that are a system within a system that's no longer Democratic. (ODT)

The long-awaited US pullout from Syria appears to have been postponed, with Pentagon sources claiming some 800 troops will stay behind to “guard” Syria’s oil, in a mission even pro-war US politicians are calling “reckless.” 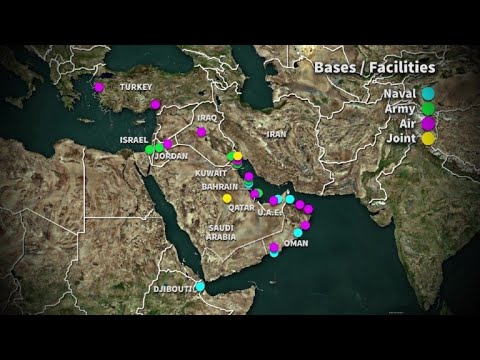 America: Bases, Bases, Everywhere, and Not a Base in Sight

Even Australia doesn't know about this Game of Thrones (ODT)
In the end, the withdrawal of 1,000 U.S. military personnel turned out to be largely illusory, as an influx of new forces to a different part of Syria left troop levels almost unchanged.
The abandonment of about a dozen outposts across northeastern Syria likely constitutes the largest mass closure of military bases of the Trump presidency. (Since the Pentagon refuses to provide an accurate count of overseas outposts, however, there’s no way to make certain of that.) Still, while this reduction of outposts in Syria is significant, it hardly constitutes a substantial drawdown of U.S. forces in the region (especially at a moment when President Trump may be sending tanks and armoured vehicles, with all the necessary supporting forces, into the area around Syria’s oil fields). With the president either reshuffling troops in Syria or merely relocating them elsewhere in the Middle East and a new contingent of American forces deploying to Saudi Arabia, there will
actually, be a net gain in U.S. troops in the region at this moment of supposed reduction.

THE NEW COMPASSION: BEING NICE TO HORSES BY BEING MEAN TO HUMANS

An ABC viewer? Certainly someone from the newly totalitarian Left: "A Melbourne bottle shop owner has claimed a customer abused and spat at him after he asked if she wanted to take part in a Melbourne Cup sweepstake." Cruelty to horses, bad. Cruelty to humans, fine.
1h ago
You can't get more fake and twisted than this. 4000 horses bred for the racing industry are sent to the knackery. They are treated in a way matched by the Jews during the Holocaust. Andrew Bolt finds the treatment of this bottle shop owner worse. He even regards impolite behaviour in this case no driven by justified outrage but driven by "cruelty". His effort at claiming an equivalence between the two is based on his beliefs that Black Racism exists Males are victims of women and in this case, humans, if required to treat animals well in civilized society humans, are somehow deprived. His Dutch dogs deserve to be treated as wastage as are the horses in the racing industry and see how polite Bolt remains to those that deliver them or approve of their experience.

TRUMP UP, TURNBULL GONE: HOW THE PARIS DEAL SORTS WINNERS FROM LOSERS

Terry McCrann: "The delicious part of the formal US withdrawal from the Fake Paris Climate Accord — which our worst ever prime minister Malcolm Turnbull stupidly, disgracefully and indeed desperately signed us up to — is that it will happen the day after President Donald Trump is almost certainly re-elected." Note, Trump wins, Turnbull gone.
2h ago
Put McCrann and Bolt together and you'll get more real information out of a sack of rocks. Trump helped lose Kentucky, Virginia and will lose Louisiana. There was a swing against the incumbent Republican in Mississipi and he lost the midterms, Yet, to McCrann and Bolt that's up not down. As for the Paris Agreement, he's currently a loner as far as the rest of the world is concerned. Since his election, he's been fact-checked for 14.000++ lies and has lost more court actions than any President in American History and facing even more. He's the West's equivalent of Kim Jong -Un more broken promises sacked and jailed staff. and an Administration in total chaos. That's really is a "winner".
Posted by Old Dog Thoughts at 15:41