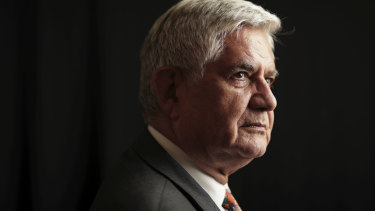 'Shouldn't be occurring in a  First World nation': Bid to close the gap on Indigenous benchmarks has 'failed'

More than a decade of efforts to close the gap on Indigenous health and education benchmarks has failed to reach its targets.
200 + years of Inter-generational Racism isn't turned around by simple tinkering, adjustment, adaption, or belief in some mythical resilience. Nor is 200 years of the cognitive dissonance and lack of political interest or incentive of our politicians our leaders through the generations. Radical long term efforts beginning with "I'm sorry and lessons in mutual respect are required to construct a social reality where Indigenous Australians aren't regarded as a surplus to this Nation. After all the majority of us are proudly multicultural let's prove it. (ODT)

THESE GUYS ARE JOURNALISTS?

WARMISTS EXPOSED Yes, I wrote Monday's column - "I admit: the planet has warmed" - hoping to trick ignorant warmists with my first few paragraphs so they'd read the important rest. But I didn't expect even prominent media figures to fall for something so obvious. They either don't read carefully or don't understand the sceptics' basic arguments. Take these guys...
19m ago
Andrew Bolt's disinformation commentaries for Murdoch media continues. His declaration that he was always merely a sceptic but never a denier of man-made global warming and it affects flies in the face of all those years he spent until recently trying to convince his readers that the planet was actually cooling and not warming. Bolt recently spent his energy misquoting Dr A Pitman who actually said or intended to say that there's no "direct" connection as yet found between man-made warming and droughts but an indirect correlation could be made. Today Australia's Chief Scientist Dr Alan Finkle declared that there was sufficient evidence to connect a correlation between our warming of the planet over the past 300 years and the bushfires we have recently experienced blowing Bolt's denials and bullshit out of the water.  Bolt's tepid attempt to declare he was always a believer and supported the Science mirrors Murdoch's bullshit declaration that there were no deniers of Global Warming Science in his organisation. What a dutiful puppet Andrew Bolt is not like Rupert's son James.

Bolt efforts have turned from denial to preaching that the accelerated rates of warming and CO2  are in fact good and to say they aren't is a state of exaggerated alarm. We don't really need to attack the cause but merely adapt adjust and be resilient. His proof is to laugh a selectively choose statements made by those even suggesting there is a need for concern for the generations to come. Australia does not need to even join the war on CO2 emissions. Guess we were stupid to join the Global Wars in Europe WW1 &2 if we take on board Bolt logic. What would Bolt do without the myths he demands being taught about that?

PARANOIA ON THE ABC, CHURCH OF CLIMATE ALARMISM

On the ABC. Audience member: "I’ve studied environmental and climate science... I would really like a family, but I’m way too scared to do it." Osher Gunsberg:  "I had episodes of psychosis that manifested as paranoid delusions... You’re not alone...It’s a completely ordinary, normal reaction to have when you look at what is coming."
1h ago

The ABC has sealed itself off from the rest of the world. Take its two flagship debate shows. Insiders on Sunday had not one conservative panellist, guest or host. Q&A on Monday then preached the ABC's faith: global warming. All panellists agreed with each other, as did the singer. No wonder an audience member said she was too scared to have kids.
1h ago

NO WONDER THEY'D RATHER TALK ABOUT 'RECOGNITION' INSTEAD

Hmm. So let's talk instead about white racism or indigenous recognition: "Aboriginal children under five-years-of-age are still dying at twice the rate of non-indigenous kids." Or should we just shift the goalposts?: "Morrison will say ... 'The targets... don’t tell you how realistic or achievable these targets were in the first place.'"
29m ago
Don't for a moment allow Bolt to suggest the 200 years plus history of Australia's diverse first nations was of their own making or the result their primitive culture. They were here for 60,000 years resilient adaptable peoples until the invasion by the white colonisers who saw them as either cheap labour or simply to be exploited. They were totally surplus and unnecessary to any of their needs and were systematically locked out. Generation after generation saw massacres, frontier wars and the exploitation of Indigenous Australians and yes to deny their story is racist. As is the creation of a fake white history which gilds a more than inglorious past that's always been reluctant to be told.
Bolt ought to be the first who to understand the details of a manufactured fake past given his Dutch heritage. The number of lies and horrors buried after WW2 weren't revealed until the 1980s about how the Dutch treated their Jews worse than the Germans did during the war and then tried to hide it for 40 years. Unlike the Germans, they still don't make it an essential part of their history today. Has Bolt ever spoken of it?
When Indigenous Australians attempt to rewrite the truth behind Australian, the truth of their experiences Bolt is the first to yell "liars" "racists". While happily burying his own families past in silence he wants to do it here as well. It seems he's practised at it.
Australia prides itself in being the world's most successful multicultural nation but when saying that the nations biggest failure its first peoples are ignored and Bolt simply puts the blame on them. Despite the fact that for 250 years they have been treated by and large as less than marginal an unwanted embarrassing 3% deplorable over -expense.
This Dutchman does what he does best. He doesn't bring attention to his heritage and the Dutch treatment of Jews during WW2 no he simply insists he's their friend. After all he doesn't want to be regarded anti-semitic as they once were by Australia's elite in the 50s & 60s. Bolt certainly makes no demands for the assimilation Jewish community today as they are far too influential. Not as loudly and freely as he does Indigenous Australians need to adapt, evolve and be more resilient in the society they have been systemically locked out of for over 200 years.
Posted by Old Dog Thoughts at 14:04