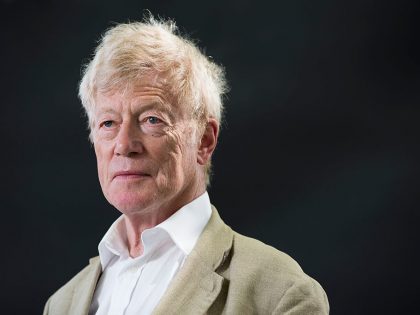 Is this the goal of Qraig Qkelly or Peta Qredlin demonstrating against Dan Andrew's Pandemic Bill the ideal and motivation for a truly just society? When SQaMo says he's disgusted but understands the frustration of Nazis, QAnon, and the extreme Right demonstrators. "I'm with you" "Its the Australian Way". He's saying I'm a Trumpster fuck Democracy and the 95% of Victorians vaccinated to protect their fellow citizens for Public Health sake.

Conservative thinkers like Roger Scruton defend traditional hierarchies as natural and inescapable. But our social order is the product of human decisions — and it can be remade to benefit the many rather than the few.

Rather than revere authority or wealth and ask what we owe it, we should recognize that any granting of authority and power is contingent upon what it does for all. It is this ideal of a truly just society that we should venerate and seek to create — not the rust and fantasia of sacred power that conservatives like Scruton would have us bow before.

Conservatives Are Wrong: There’s Nothing Natural About Hierarchy

THE EXAMPLE OF BAD FAITH

When taxes should be used to benefit the many in a Pandemic the LNP use Public Taxes against Public Health to benefit a few.

Coalition senator Gerard Rennick is being accused of undermining the nation’s vaccine rollout with “anti-vax content”, after setting up a taxpayer-funded website to publish unverified reports of alleged vaccine adverse events and claim a government “cover up” of side effects. The Queensland senator, who says he will withhold votes from his government’s legislation unless they back down on vaccine mandates for workers, has defended his actions as in “the taxpayer interest”. But Senator Rennick has been condemned by the federal Opposition and by Australian Medical Association vice president Dr Chris Moy, who called it “about as ant 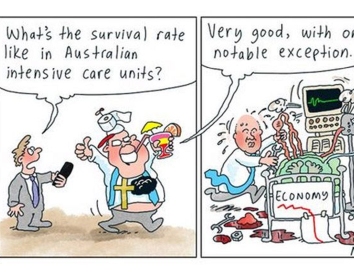 Scott Morrison’s latest scare campaign claims interest rates and inflation will be worse under Labor than the Coalition, but the historical data refutes that, writes Alan Austin

Inflation worse under Coalition than Labor, contrary to Morrison's claims

Thank Dan for preparing us for what's to come.

From Bush to Obama, and Trump to Biden, U.S. Militarism Is the Great Unifier