Andrew Bolt's Blog,26/2/19; George Pell GUILTY: Anyone yelling from the bottom up is an Identity Warrior. What's that make Andrew Bolt? It's back to the future with Tony Abbott again; 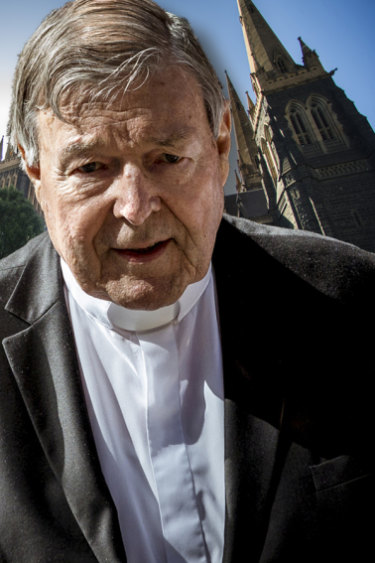 The former Vatican treasurer and Melbourne Archbishop has been found guilty and is set to be jailed for child sexual abuse in the most sensational verdict since the Catholic church became engulfed in worldwide abuse scandals.
Andrew Bolt's Australian Christ figure found guilty and is now to be sentenced. Will the Church pay for an appeal, at what cost? Will Andrew Bolt continues with his conspiracy theories and fight for his innocence or just call him Indigenous? I'm sure there will be a PAYWALL for people to find out

The verdict was unanimous. The jury took three days to deliberate after a four-week trial


" He was found guilty in a retrial last December, with the verdict sending shockwaves through the Vatican and around the world. A jury in an earlier trial was discharged, in September, when it was unable to reach a verdict. His legal team will appeal against the conviction."AGE
At what cost far more than the compensation offered victims, a lawyers paradise no doubt 2 trials and an appeal.
It later emerged that victims who sought compensation through the Melbourne Response received far smaller payouts, capped at $50,000 than they would have if they had gone through the courts. The response was criticised for doing more to protect the church and minimise its financial costs than helping victims.

"Pell was stripped of his position as the Vatican’s chief financial officer and expelled from Pope Francis’ inner circle of trusted cardinals known as the Group of Nine, or C-9, shortly after the verdict, but due to the suppression order the world’s media was forced to pretend Pell, 77, stepped down due to his age."
Bolt seems to know all about flimsy evidence more than the judge the jury if there was one and far more than Pell's defence team lead by Robert Richter. But then he's a whizz at science medical and climate, and expert on indigenous culture and the role of women in our society. Was he named singled out and threatened by our courts for his courage to defy the judge by speaking out on Pell's case? Strange he hasn't mentioned how great he was? Certainly, one of the 20 journalists sent letters to by the court. Maybe he wasn't and was the Bolt we have all come to know.
He seems to stand very alone in this country of ours and must feel so un-Australian among the majority of us who believe in British Law over the vigilante kind. He seems to be suggesting because Pell got away with it once he should be let off now. Isn't that Trump law?
Bolt says he stands with Fr Brennon I for one don't believe him because Brennon ultimate conclusion has been " But what is absolutely essential is that the law be allowed to do its work."and that isn't and won't be Andrew Bolt's. 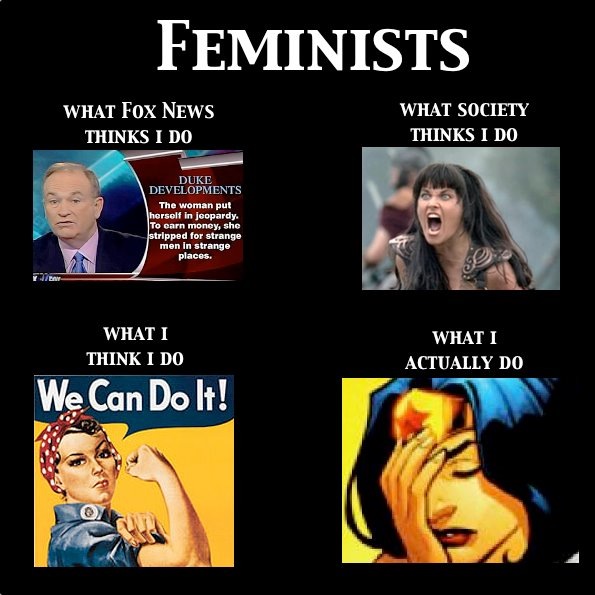 ABC hosts are attacking the Liberals for letting a man win a preselection ballott against four women who seemed less qualified. Feeral Liberal vice president Teena McQueen bites back. Watch.
3m
Wouldn't it be a good start for News Corp to get an opinionator that can spell to merely be a role model for the next generation of readers and young would-be writers? Bolt might wear a suit, but it doesn't stop him showing us he drags his knuckles on the ground.
So Bolt's attempts to show 1) reverse genderism exists by bringing on FEERAL TEENA to 2) prove meritocracy really does exist among the men, the members of the Liberal party. It's difficult for him to show this he brought in Teena because his other choice Peta Credlin would make it too visible that when it came to voting the party actually doesn't have too many women but a lot of crusty old men voting. That the Culture historically hasn't shifted from the days of the Melbourne Club where women weren't allowed.
Bolt brings on a woman to make his point in the same unconvincing way as he used Warren Mundine to speak for White Culture and prove he wasn't a racist. His banner says it all the minute anyone describes the inequities of the social system in which we live they become Identity Warriors and spreaders of "Fake News" the dominant culture warriors new terms and old tactics for those they once called unwanted social scumbags. Mind you Bolt does that as well when calling women that complain "frightbats". People whose real place in the world is to be "looked after" and he does that when they get out of line. The response to the Liberals' $2 billion global warming plan shows why it's an argument the Liberals will never win. They will always lose because they haven't dared ask the question that puts Labor on the rack instead. My editorial from The Bolt Report.
10m

This is a PAYWALL ad

There is a truth here in Bolt's comment as a denier of climate change. The Liberals are about to spend $2 -3.5 billion on nothing because they aren't you guessed it TONY ABBOTT who today would scrap his own emissions reduction scheme. Morrison, on the other hand, calls it a winner because since 2013 emissions have dropped pp. Of course, they have there are 2 million more people, so Immigration works!!

Forget reality that doesn't count in politics; it's the FIGHT that matters and shirtfronting and chest bumping is what it's about. Well, Abbott did that he lied he said no he broke promises all in aid of a good fight. He managed to almost break John Gorton's record for the least number of bills passed he was 3 bills off being the least active PM for 70 years and as Bolt told us he won in a landslide.

Not passing bills and doing nothing is good for ultra- Conservatives it keeps merely things as they are and if you had a majority in both seats, then you could actually go back, and that's what Bolt's really selling. Remember when he spent years telling us the PLANET IS COOLING.

Now he's back telling us we haven't any global responsibility to the rest of the world that science doesn't know what a total global commitment to turn away from Fossil Fuels will do. Australians stand alone, and the 24 million of us should merely look after ourselves because we have the coal and resources that will make some of us rich and it has to be done as quickly and in the most significant way possible now before those not getting rich wake-up. Bolt wants a coal rush and doesn't want it ending for the few that will benefit. Ye's it's the old me and fuck we mindset. It's A PONSI scheme, and we will pay because the fossil fuel barons are already on top with TONY

Has Morrison sprung a PR surprise at the right moment? We shall see ...

On the face of, this is a good pick by Scott Morrison and may prove to be an inspired one. We shall see.